Ph.D. Candidate Kimber Moreland received a UC-Lab FEES fellowship for a two-year in residence fellowship at the Lawrence Livermore National Laboratory (LLNL). This highly competitive award will support Kimber on her dissertation research on “Climatic Controls of Subsoil Organic Carbon Dynamics” that is taking place at the Southern […]

Read about our Women in Science and Technology group that we launched to support faculty members and students in STEM fields. Our new organization at UC Merced is working to close the gender gap by engaging, supporting and mentoring women in fields traditionally dominated by men. The full article […]

The Berhe Biogeochemistry lab at the University of California, Merced ( http://www.aaberhe.com ) has an opening for a part-time lab manager. The lab manager will be responsible for day-to-day management of the lab; composing, review and verification of lab and field protocols and reports; maintain and troubleshoot instruments and […]

Erin’s firth paper was published in Biogeosciences. Among other things, this study shows that, in the Southern Sierra Nevada, annual rates of sediment export (for the time period between 2005 and 2011) varied from 0.4 to 177 kg/ha, while export of C in sediment was between 0.025 and 4.2 kg […] 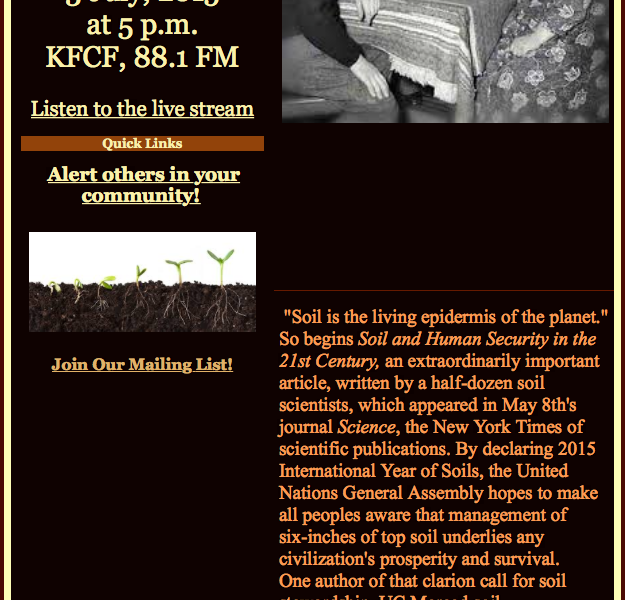 Asmeret discusses ‘Soil and Human security’ on Down on the Farm with Tom Willey on KFCF 88.1 FM

Asmeret had the pleasure to be a guest on Tom Willey’s radio program – Down on the Farm with Tom Willey on KFCF 88.1 FM in Fresno, CA. Listen to the whole interview below: As Tom, the host, put it: “Soil is the living epidermis of the planet.” So begins Soil […]

New paper in Science: Soils and Human Security in the 21st century

We are lucky to have an amazing group of folks in the Berhe lab whose works have been recognized by awards of competitive funding over the last couple of months. Congratulations to: Morgan Barnes for receiving: i) the Institute for the Study of Ecological Effects of Climate Impacts […]

Our recent projects on using nutrient enriched biochar to reduce losses of carbon, nitrogen and phosphorous from agricultural soils was featured in the latest issue of the UC Merced Megazine. The article highlights different agriculture related research projects that are currently being conducted at UC Merced. See the full article in […]